Figure 1. Scheme of histological heterogeneity at the primary tumor front in terms of the association between desmoplastic patterns and dedifferentiation.
CAFs are being increasingly recognized as central players in modulating the metastatic capacity of most cancers. Directly and indirectly, the oncological outcome of tumors is determined during the process of DR through the formation of the extracellular matrix, which causes EMT signals to induce tumor cells into a dedifferentiated phenotype. In the present study, comprehensive assessment of PDCs and the DR pattern (HistologyEMT) was used as an index to assess the individual tumor microenvironments associated with the EMT status. PDCs are cancer cell clusters composed of ≥ 5 cancer cells that lack gland formation and are located in the stroma. PDCs were graded as 1, 2, or 3 using a hot-spot method. According to the existence of hyalinized collagens and myxoid stroma, which are distinctive fibrotic stromal components that exclusively appear at the desmoplastic front and are thought to be morphological results of activated CAF function, DR was classified into three patterns: mature (neither hyalinized collagens nor myxoid stroma), intermediate (fibrotic stroma with hyalinized broad bundles), or immature (fibrotic stroma with myxoid changes).
PDCs, poorly differentiated clusters; CAFs, cancer-associated fibroblasts; ECM, extracellular matrix; EMT, epithelial-mesenchymal transition. 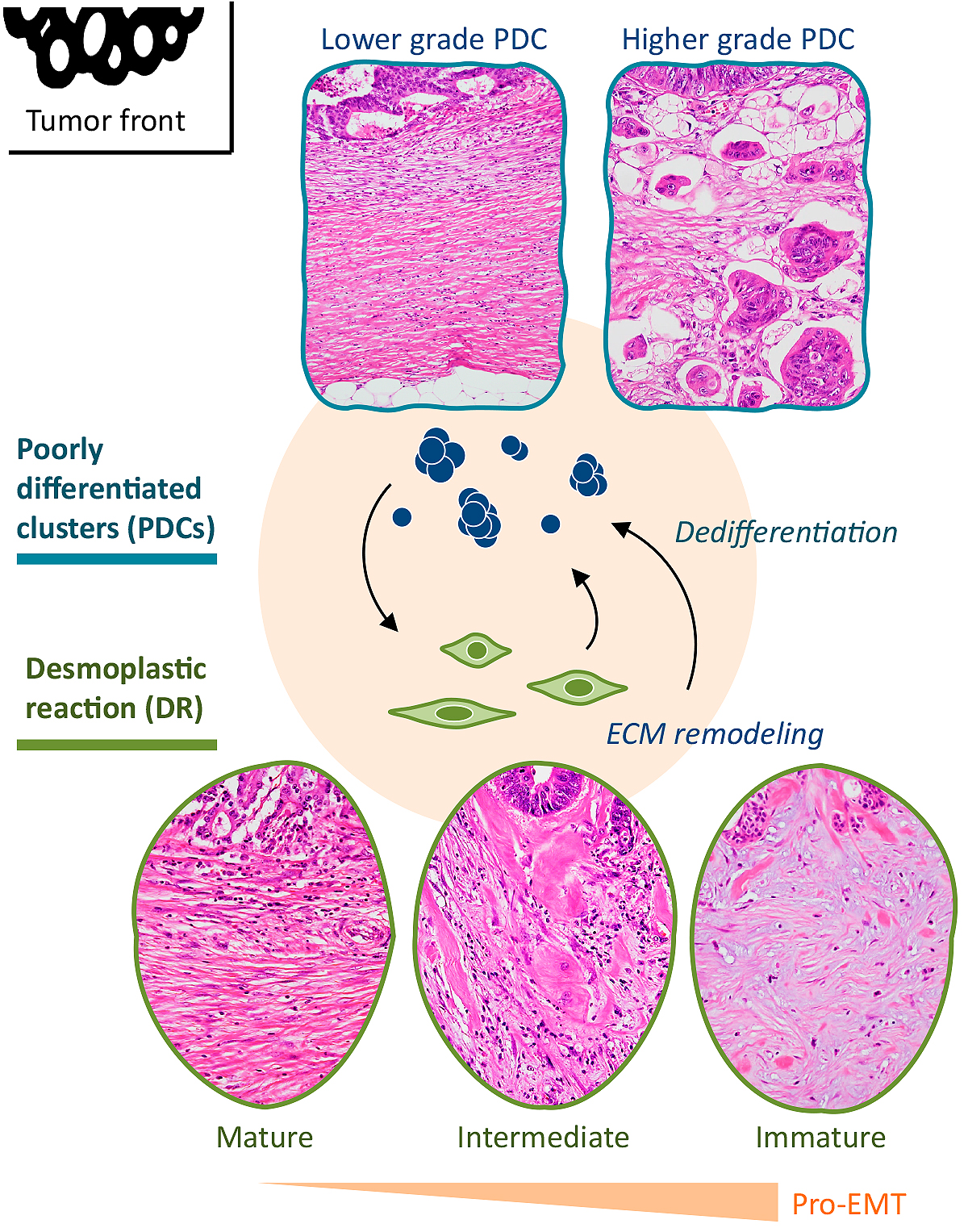 » Back to article page
Figure 2. Categorization systems of HistologyEMT, H stage, and Gradeanatomical.
JSCCR, Japanese Society for Cancer of the Colon and Rectum. 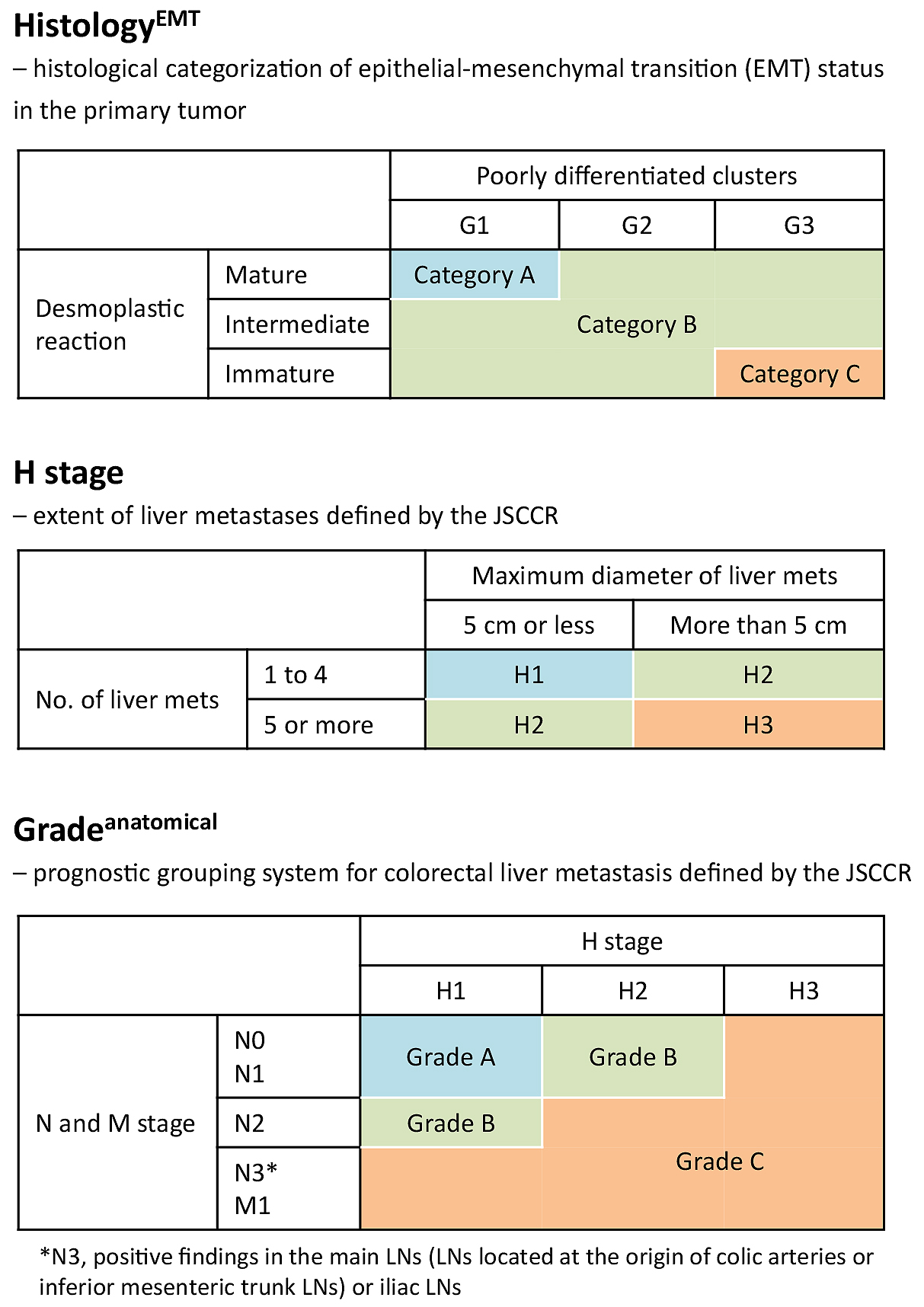 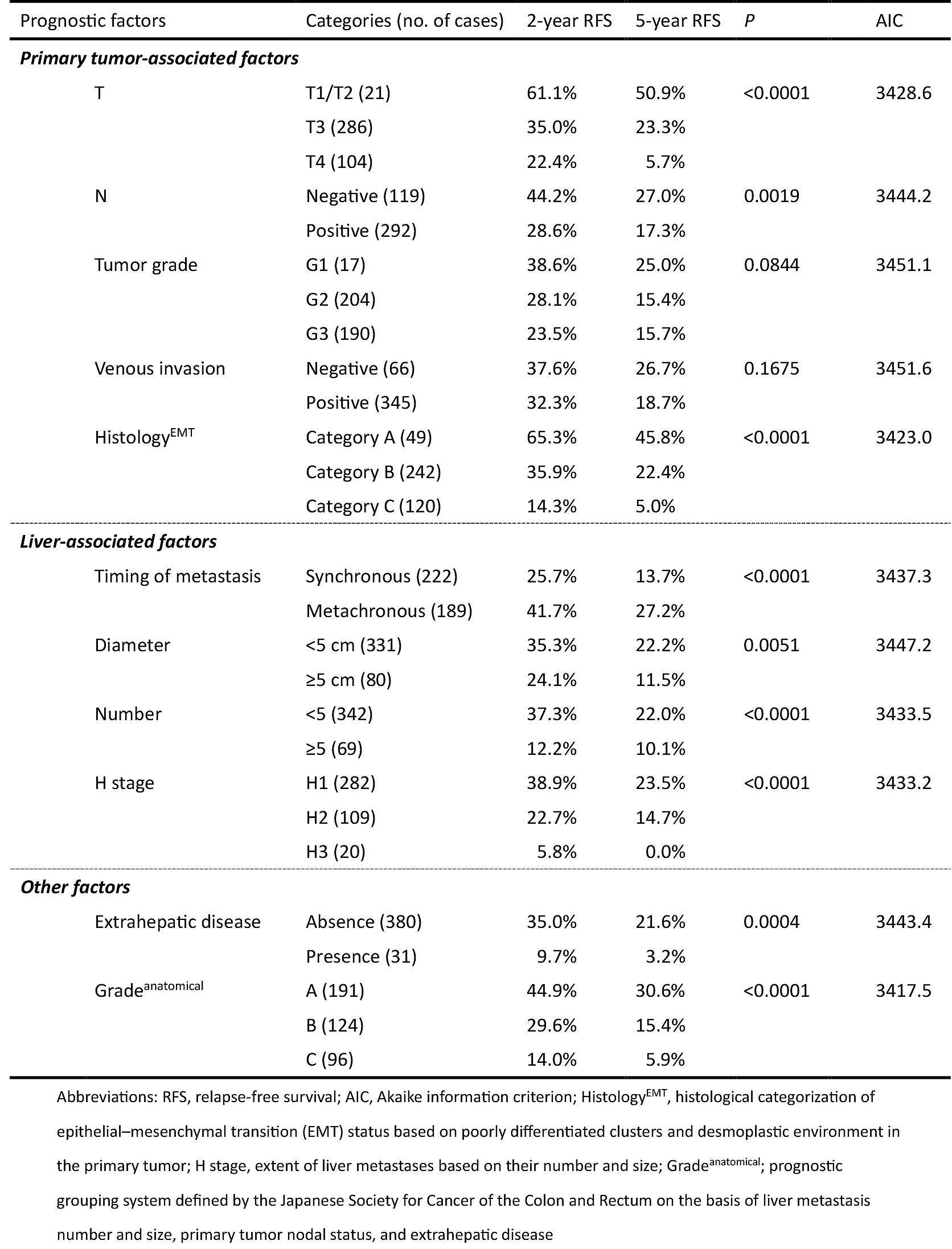 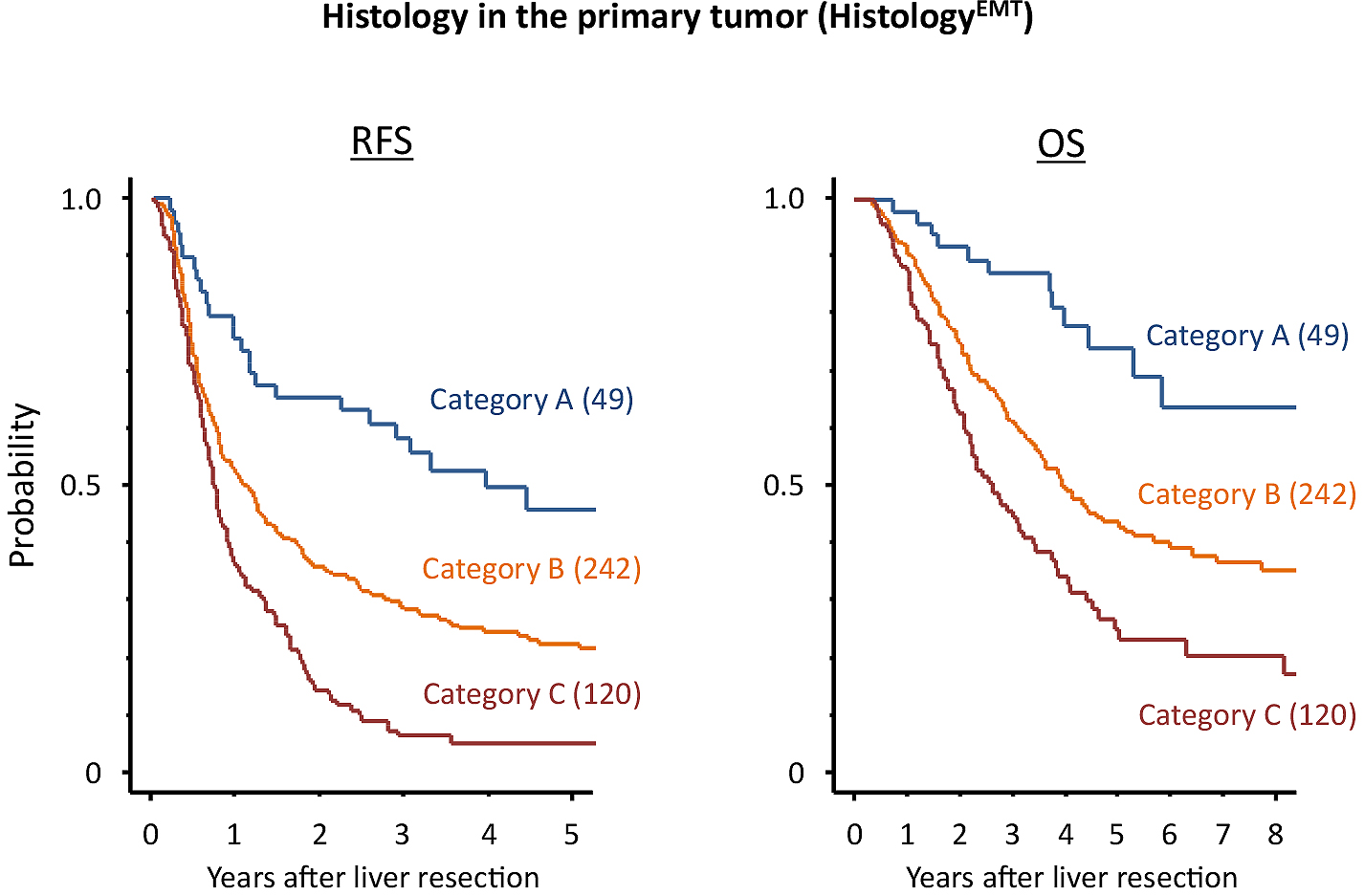 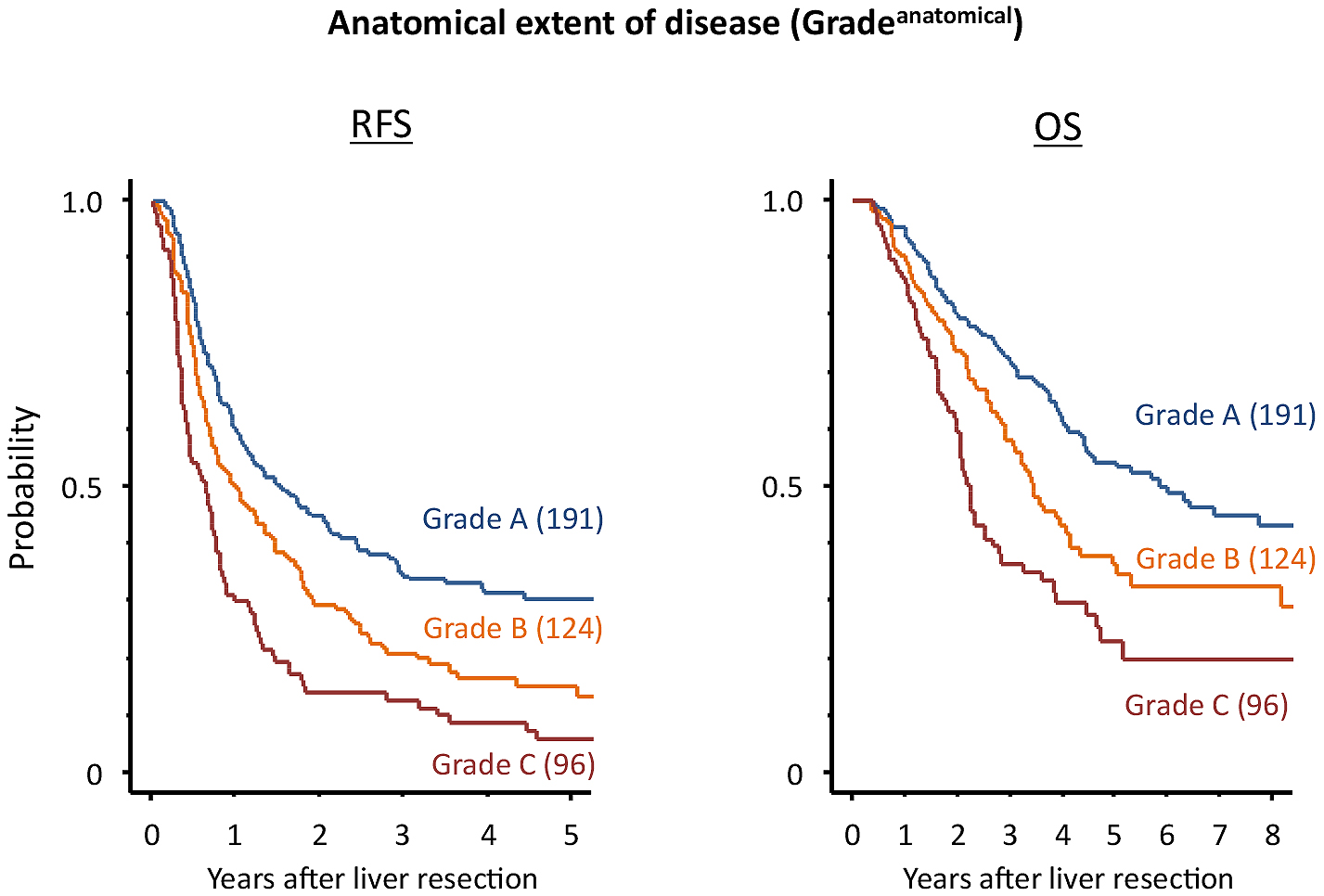 » Back to article page
Table 2. Impact of Histological Categorization of the EMT Status in the Primary Tumor (HistologyEMT) on Recurrence Pattern after Hepatectomy. 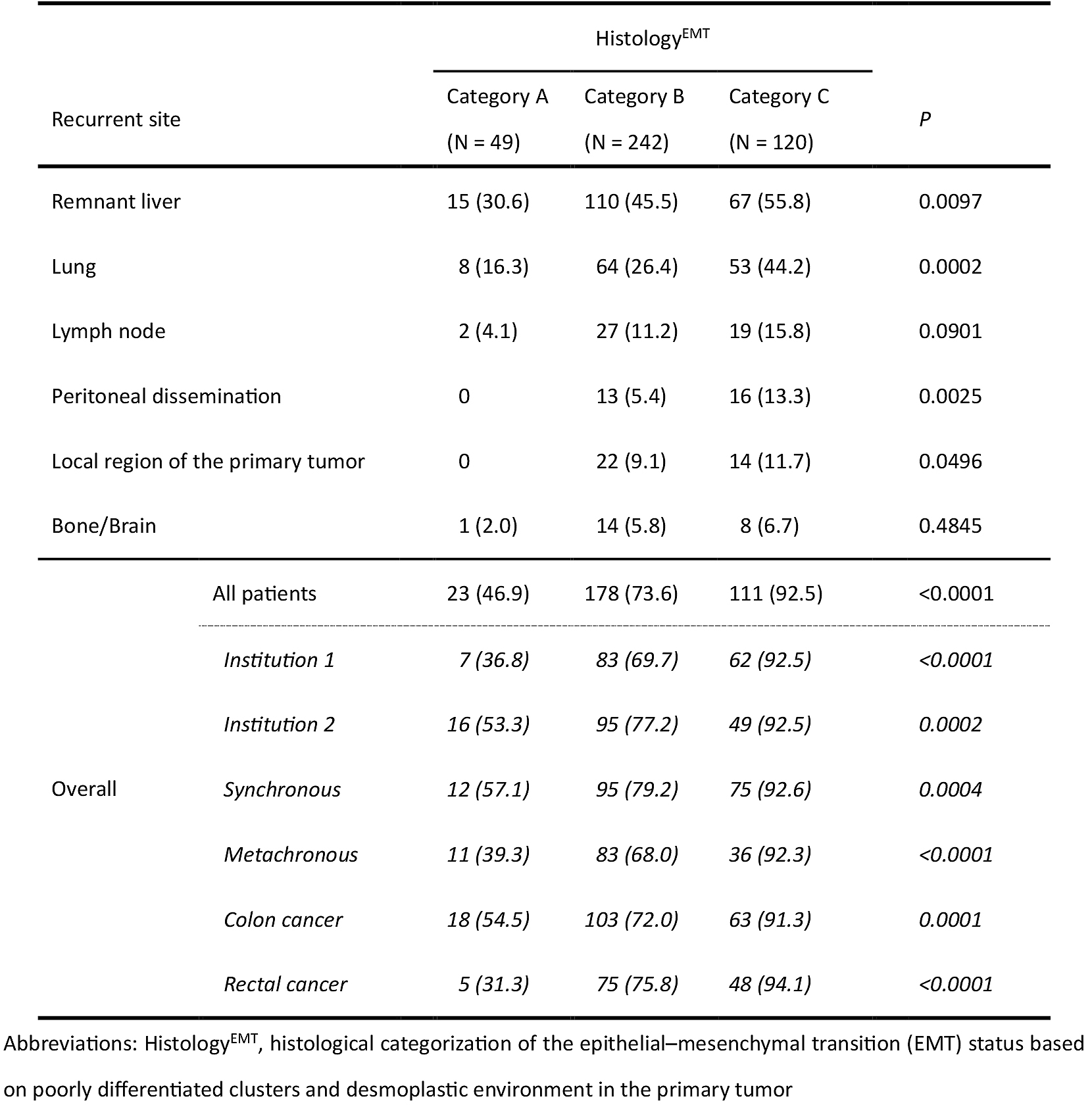 » Back to article page
Table 3. Univariate and Multivariate Analyses of Relapse-Free Survival after Hepatectomy in Patients with Colorectal Liver Metastasis. 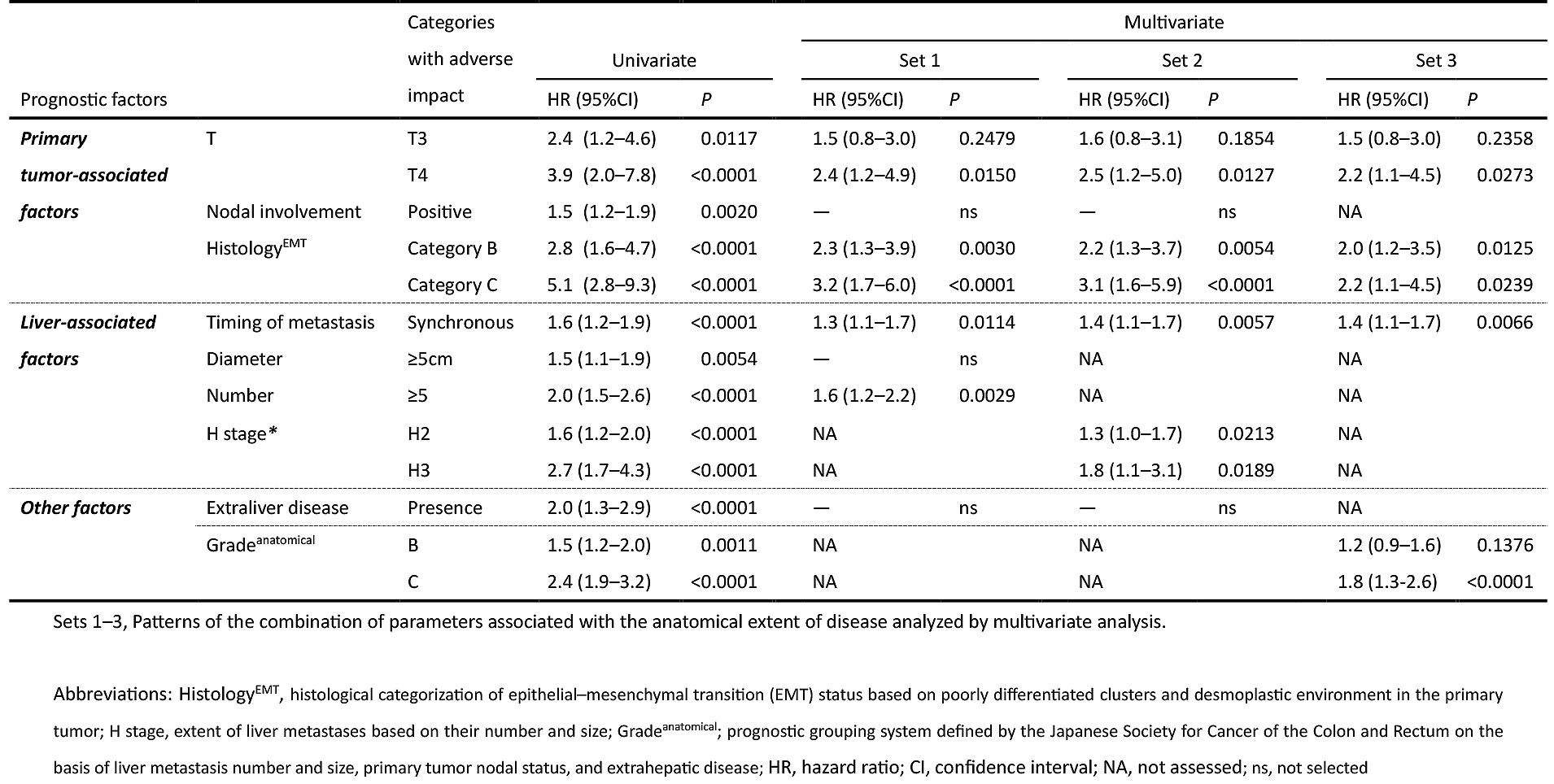 » Back to article page
Table 4. Relapse-Free and Overall Survival Rates at Two Years after Hepatectomy According to Comprehensive Assessments of HistologyEMT and Gradeanatomical. 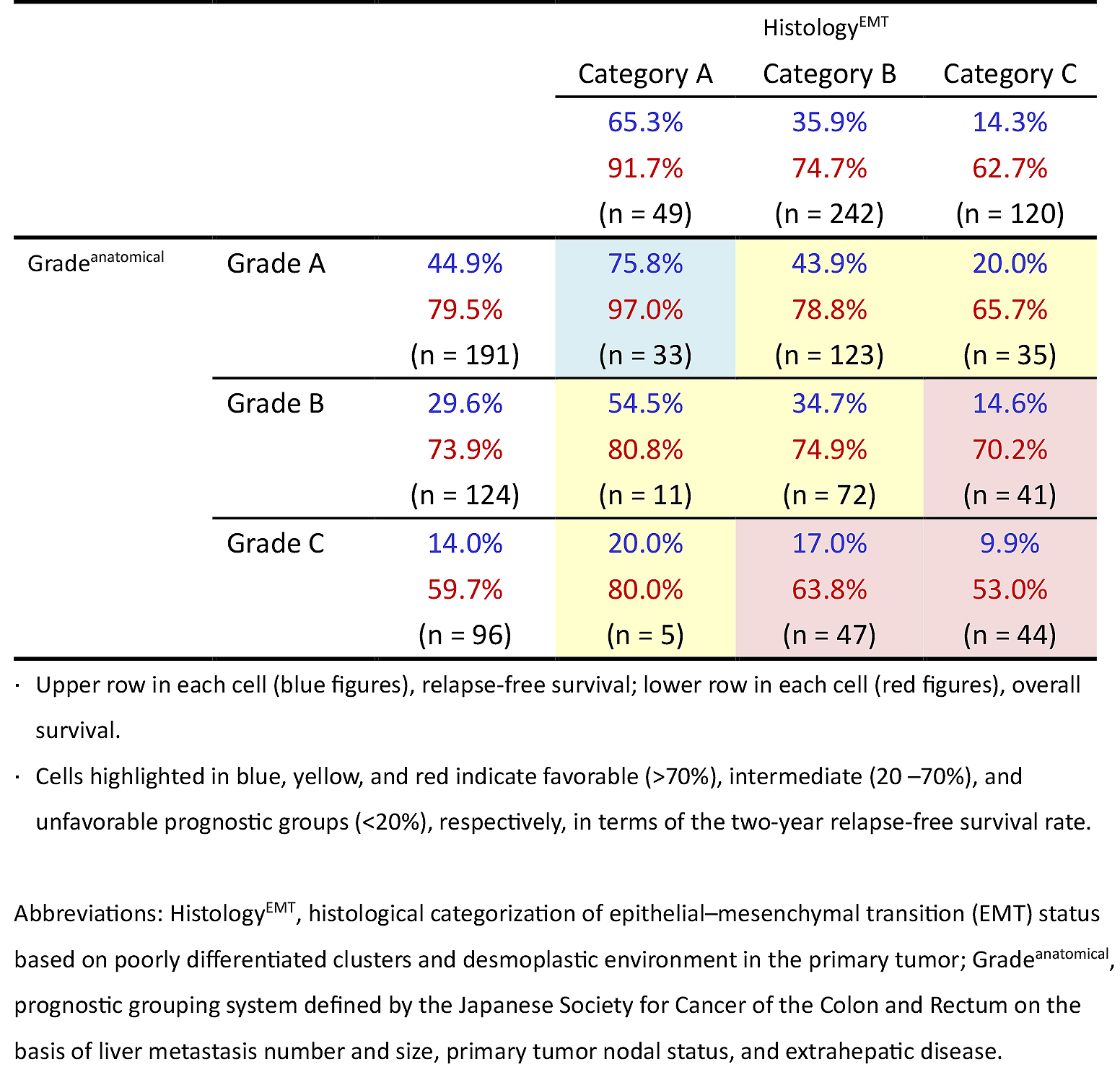 » Back to article page