Bacteremia Caused by Both Legionella pneumophila Serogroup 2 and Helicobacter cinaedi

A 74-year-old woman with a history of pure red cell aplasia and hypogammaglobulinemia developed pneumonia. A urine antigen test and sputum subculture on buffered charcoal yeast extract (BCYE)α agar were positive for Legionella pneumophila. Serological testing identified L. pneumophila serogroup 2. An aerobic blood culture also became positive on day 5; its subculture on BCYEα agar revealed the same pathogen, but that on blood agar revealed Helicobacter cinaedi. We thus diagnosed her with bacteremia caused by both pathogens. Hence, in cases of H. cinaedi bacteremia along with pneumonia, the screening of other pathogens including L. pneumophila is needed.

A 74-year-old woman was admitted to our emergency department with a history of pure red cell aplasia after thymectomy treated with cyclosporin and hypogammaglobulinemia treated with the regular administration of a gamma globulin preparation. Her chief complaint was wandering, which lasted for 3 days. At admission, she was alert, her respiratory rate was 24/min, blood pressure was 47/36 mmHg, heart rate was 186 bpm, and oxygen saturation was 92% with 8 L/min of oxygen. Rhonchi were heard in both lungs, and her tongue was dry and atrophic. The white blood cell count was 7.9 × 109/L, with neutrophil predominance (70%). Her hemoglobin level was 8.0 g/dL, serum urea nitrogen was 55.0 mg/dL, serum creatinine was 3.42 mg/dL, and C-reactive protein was 33.38 mg/dL (Table 1). Chest radiography revealed a decrease in permeability over her left lung (Figure 1), and chest computed tomography revealed infiltration with an air bronchogram over her left lung and a little pleural effusion bilaterally (Figure 2). She previously smoked a quarter pack per day for 5 years in her youth, but had no history of drinking. Twelve days before admission, she visited a hot spring. She had not used a humidifier or circulating bath. No other L. pneumophila infections were reported from that hot spring. 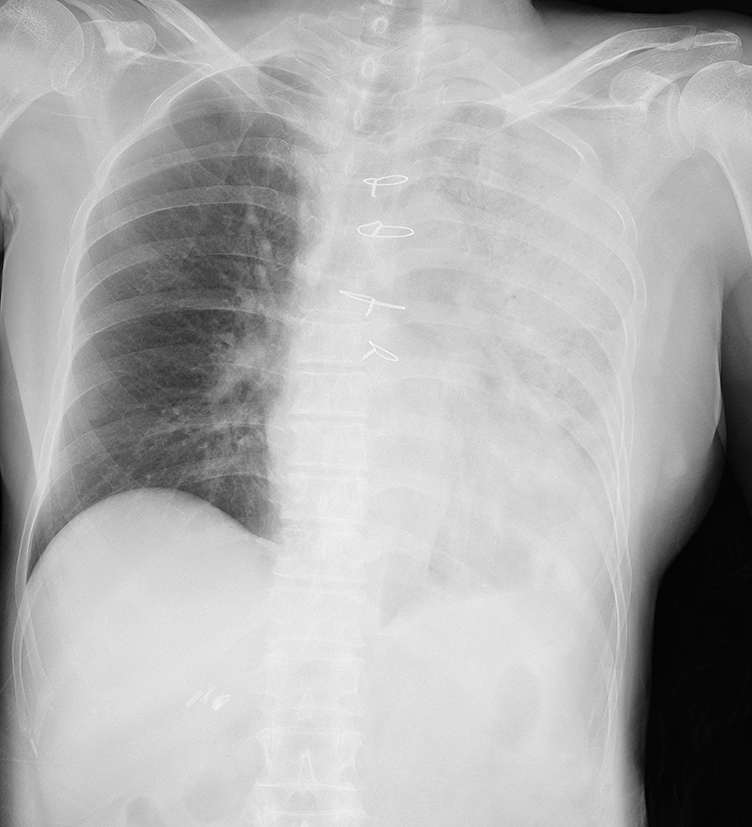 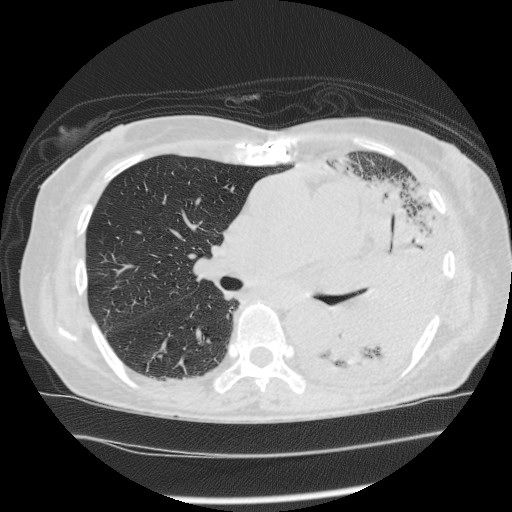 The patient showed disturbances in consciousness, hypotension, and deoxygenation on day 2. She was intubated and transferred to the intensive care unit. Levofloxacin and tazobactam/piperacillin were administered with intensive care. She recovered gradually and was discharged from the hospital on day 60 (Figure 3 and 4).

Figure 3. Clinical course of this patient in the acute stage. 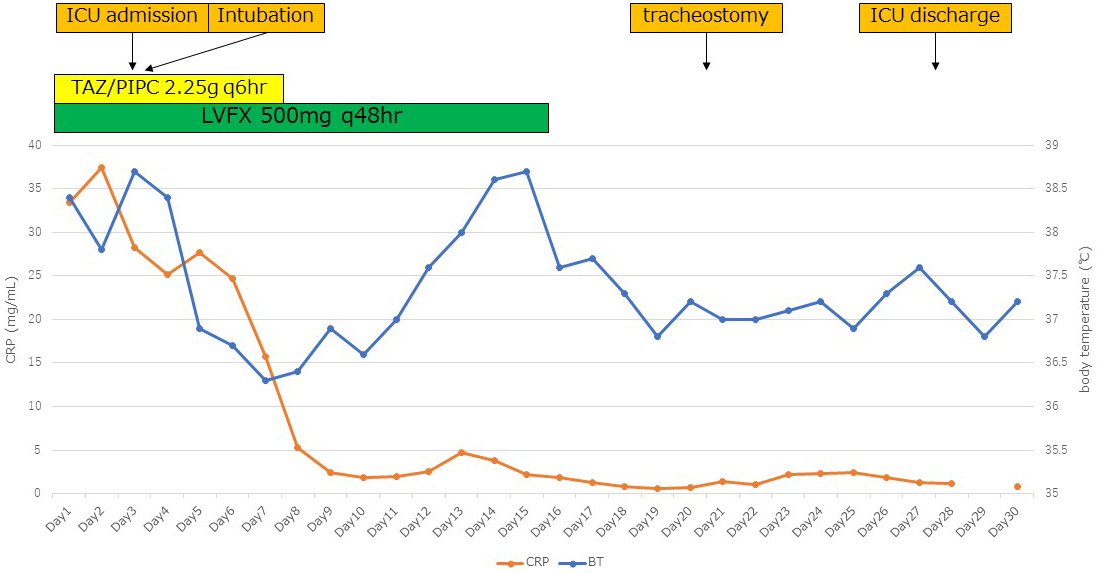 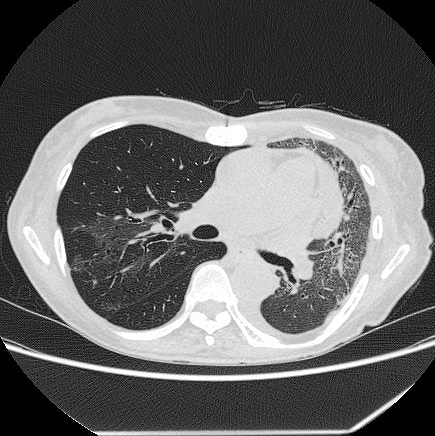 It is possible that H. cinaedi was found as contamination. However, as she developed continuous bacteremia after discharge, it is more likely that bacterial translocation from her intestine occurred. In this case, H. cinaedi was the most probable cause of the positive signal in the automated blood culture machine. Without the urine antigen test for L. pneumophila, the possibility of L. pneumophila bacteremia would have been overlooked. To our knowledge, there is no report of H. cinaedi causing pneumonia. Thus, in cases of H. cinaedi bacteremia with pneumonia, the presence of other pathogens including L. pneumophila needs to be examined.

All authors were involved in data interpretation. All authors critically revised the report, commented on drafts of the manuscript, and approved the final report.