Since 2017, all municipalities of the Kochi Prefecture, Japan, include NHSs at full public expense. All testings are performed using automated auditory brainstem responses (aABRs), and medical institutions submit test results to the municipalities. The municipalities compile the results and report them to the prefectural government. Additionally, public health nurses will support families whose newborns have been required diagnostic examinations.

We report the NHS results of newborns born between April 2017 and March 2020. We also compared newborns who were screened in the neonatal intensive care unit (NICU) with those who were not. Prematurity has been reported to be associated with a higher frequency of congenital HL (5); thus, the premature equivalent should be excluded from the statistical analysis to evaluate screening in healthy newborns (HN). Additionally, we determined the differences in the screening results between premature neonates and HN.

Figure 1. Euler diagram estimating the number of presumed healthy newborns. In the perinatal care system of the Kochi Prefecture, all premature newborns are admitted to one of three hospitals with NICUs almost without exception. In most cases, pregnant women are referred to these hospitals if the physician predicts premature birth. Thus, the newborns receiving a hearing screening and not admitted to the NICU are presumed to be healthy. Hence, subtracting the number of newborns screened in the NICU from the total number of newborns screened excludes premature newborns and estimates the number of healthy newborns.
Abbreviations: NICU, neonatal intensive care unit; NHS, newborn hearing screening. 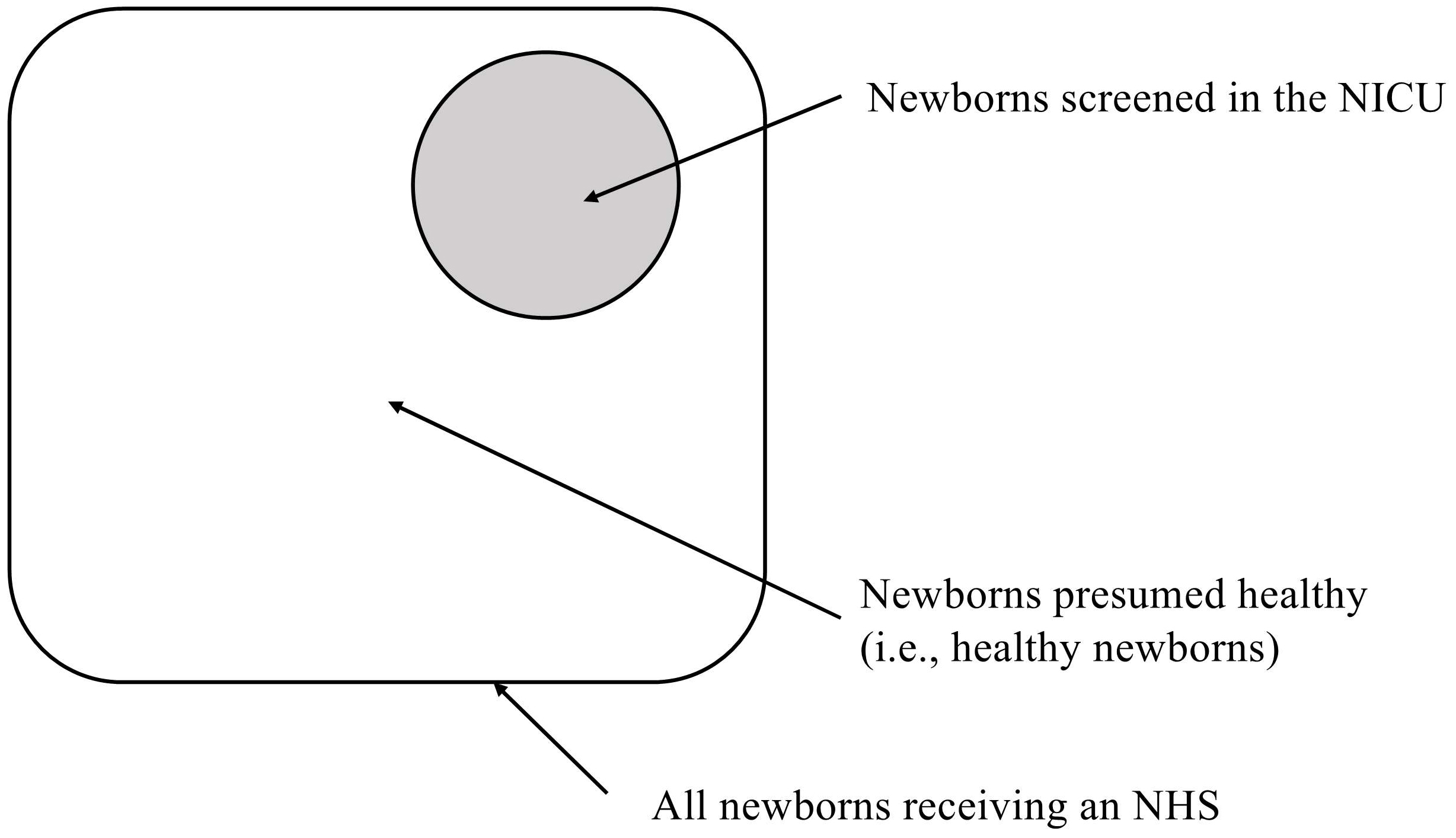 The odds ratios (ORs) of the NICU referral rate were calculated using HN as 1 with 95% confidence intervals (95% CIs). We used Chi-square tests with Yates’ correction, P-values of <0.05 were considered statistically significant. EZR (Version 1.5) (6) was used for the statistical analyses. 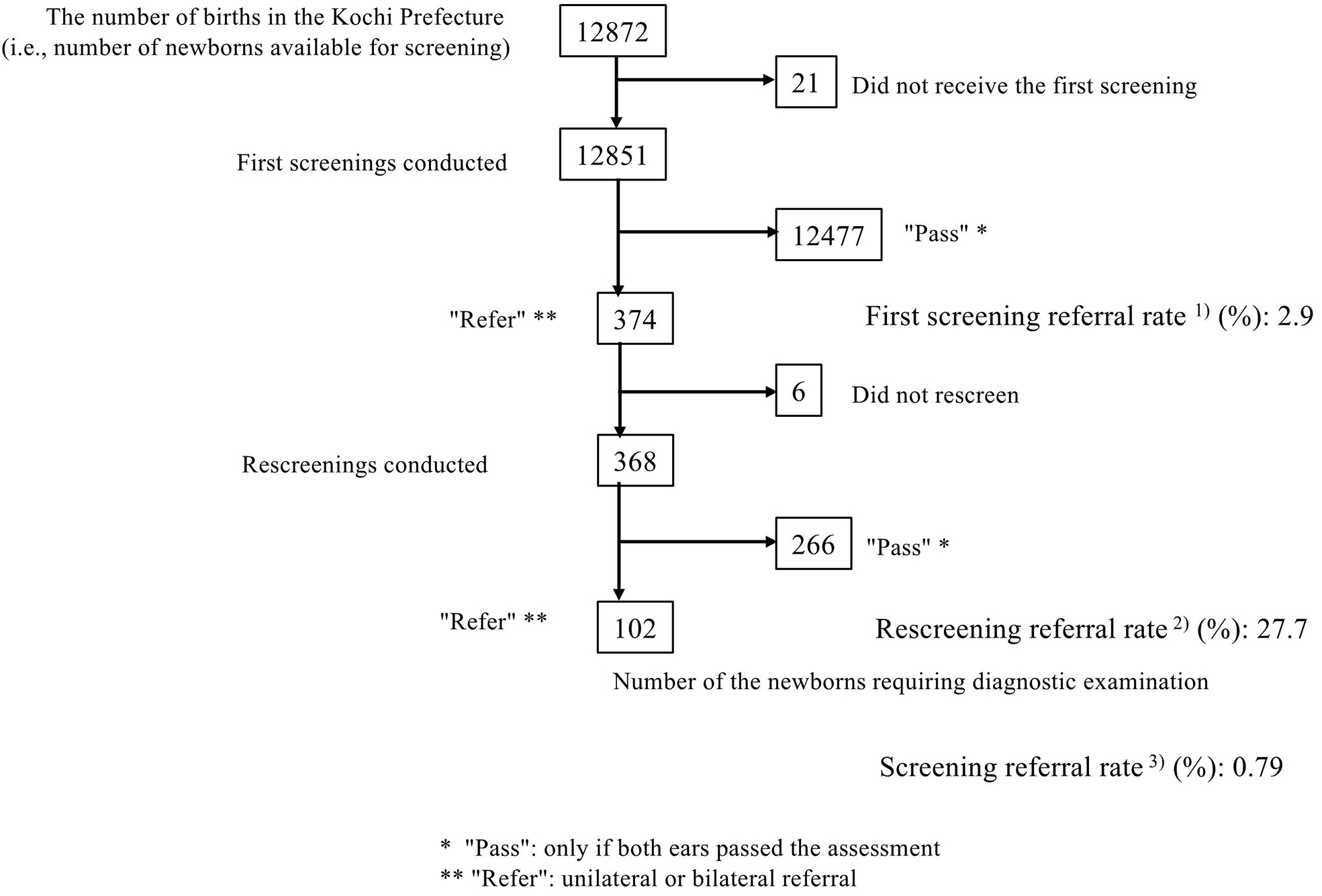 Table 1. Newborns Screened in the NICU versus Healthy Newborns.

The main causes of congenital HL are hereditary factors, in utero cytomegalovirus infection (7), (8), and auditory neuropathy (9). Hereditary HL is often inherited as an autosomal recessive trait (10) and may initially look like an isolated case. Also, the NHS referral rate is higher for newborns admitted to the NICU than for HNs (11).

In this study, individual results were not registered in a database for analysis, but the aggregate results from each municipality and the NICU were collected separately, and the referral rates of HN were calculated. The referral rates of HN were only estimated because the municipalities did not distinguish between newborns admitted to the NICU and those not admitted to the NICU. Nevertheless, in the Kochi Prefecture, all premature newborns are admitted to one of the three hospitals with NICUs almost without exception, and the full public expenditure allowed for a high screening rate, making it possible to comprehensively identify the target population. An aggregate analysis of all births in the region would be useful for confirming the screening accuracy and HL prevalence, as we did in this study.

We would like to express our deepest gratitude to Ms. Nana Ono RN, PHN (Maternity Health and Parenting Support Office, Kochi Prefectural Government) for her efforts in correcting and collecting additional data on the content of the reports from municipalities or hospitals.

IF collected all data used in this research and wrote the manuscript. TK and KH gave technical support and conceptual advice. All authors read and approved the final manuscript.

Ethical approval was waived for this study because personal information was not analyzed. To use internal documents held by the Kochi Prefectural Government, the research protocol was submitted to and approved by the Treatment and Welfare Center, an affiliated facility of Kochi Prefecture (gan-ko-ryoiku-1034, October 9, 2019).