Validation of the Mother-to-Infant Bonding Scale for Infant Maltreatment by Mothers at One Month Postpartum: An Adjunct Study of the Japan Environment and Children’s Study

Bonding failure is a mental disorder among parents characterized by reduced affection and anger toward, rejection of, and impulse to harm the infant (1), (2). The Japanese version of the Mother-to-Infant Bonding Scale (MIBS-J) has been widely used as a screening tool for assessing mother-to-infant bonding failure at 1 month postpartum to ensure mother-infant care support so as to prevent infant maltreatment in Japan (3), (4), (5), (6). An MIBS-J overall score of 4/5 at 1 month postpartum was suggested as the cutoff score for indicating infant maltreatment by mothers (5). The MIBS-J has two subscales, namely, lack of affection and anger/rejection (3), (7). In the present study, we evaluated the validity of the overall MIBS-J and its subscales for infant maltreatment by mothers at 1 month postpartum as an adjunct to the Japan Environment and Children’s Study (JECS) (8), (9).

The JECS is a nationwide prospective birth cohort study. It includes 100,000 pairs of mothers and offspring (8), (9). The JECS protocol has been previously published (8), (9). Participants who lived in the Miyagi Prefecture were further recruited to participate in this adjunct study (4). The recruitment period for the JECS was from January 2011 to March 2014, whereas that for the adjunct study was from August 2012 to November 2014 (4).

This study was conducted in accordance with the principles of the Declaration of Helsinki. It was also reviewed and approved by the Ministry of the Environment’s Institutional Review Board on Epidemiological Studies (Reference no. 100910001) and the Ethics Committee of Tohoku University Graduate School of Medicine (Reference no.: 2021-1-187). Written informed consent was obtained from all participants.

The MIBS-J questionnaire is a self-report scale containing ten items scored on a four-point Likert scale. The MIBS-J has two subscales, namely, lack of affection (MIBS-J_LA: items 1, 6, 8, and 10) and anger and rejection (MIBS-J_AR: items 2, 3, 5, and 7) (3), (7). High scores indicate high severity of bonding failure. The MIBS-J questionnaire was mailed to mothers who agreed to participate in this adjunct study at 1 month postpartum (4).

In the JECS, the mothers were asked regarding the frequency to which they engaged in the following behaviors related to infant maltreatment at 1 month postpartum.

1. Frequency of leaving the baby alone at home

2. Frequency of ignoring the baby when he/she cries

3. Frequency of hitting the baby

Each statement consisted of four options: 1) often, 2) sometimes, 3) seldom, and 4) never. In this study, the responses “seldom,” “sometimes,” and “often” reflected infant maltreatment. It should be noted that there is no law in Japan that punishes caregivers for leaving infants alone at home.

Receiver operating characteristic (ROC) curves were drawn based on the MIBS-J, MIBS-J_LA, and MIBS-J_AR scores. The area under the ROC curves (AUC) was measured to evaluate the scores obtained on the MIBS-J, MIBS-J_LA, and MIBS-J_AR. The optimal cutoff point was verified for items with an AUC greater than 0.7 and the largest AUC in infant maltreatment by mothers. To determine the optimal cutoff point, we used Youden’s index―which maximizes the sum of sensitivity and specificity―and considered the minimum distance from the upper-left corner on the ROC curve, which was calculated as {(1-sensitivity)2 + (1-specificity)2 }1/2.

A total of 9,217 pregnant women (mothers) in the Miyagi Prefecture participated in the JECS study between January 2011 and March 2014. The number of mothers requested to participate in this adjunct study was unclear; thus, the rate of recruitment could not be calculated.

Questionnaires were sent to 3,556 women at 1 month postpartum between August 2012 and November 2014; 3,294 responses (92.6%) were received. For this study, we analyzed data from mothers who had undergone only one delivery. In total, 3,225 participants responded to all items in the MIBS-J questionnaire and were thus included in this study. The participants (Mage = 30.5 years, SD = 5.1 years) consisted of 1,185 primiparous and 2,002 multiparous mothers (38 mothers had no answer for parity).

» Full size table
Figure 1. ROC curve for “hitting the baby” based on the MIBS-J scores at 1 month postpartum. 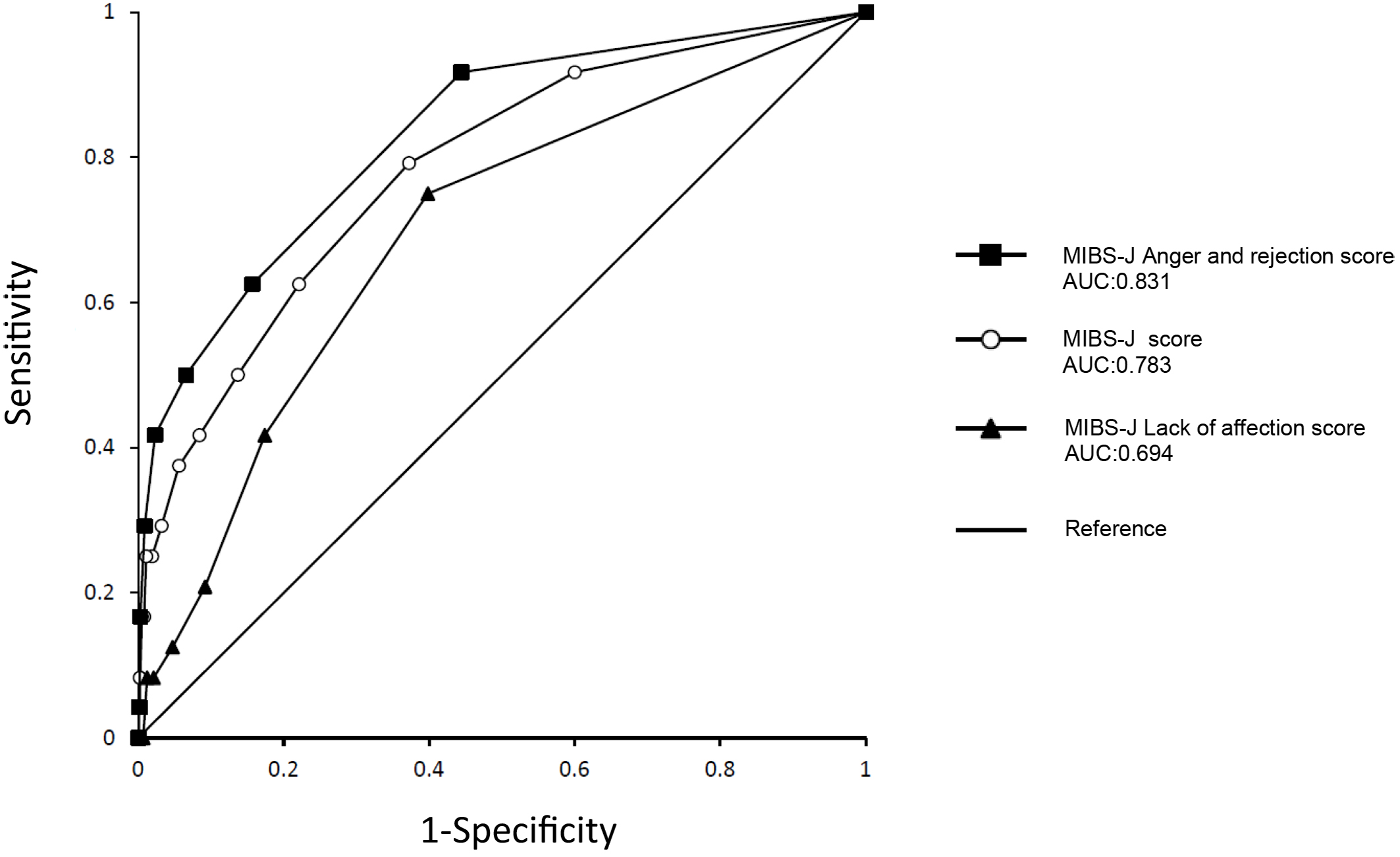 Table 2. Sensitivity, Specificity, Youden’s Index, and Distance from the Upper-left Corner for each Cutoff Score on the MIBS-J Anger and Rejection Subscale with reference to “hitting the baby”.

The MIBS-J_AR is appropriate for assessing the risk of physical maltreatment of infants by mothers at 1 month postpartum on account of mother-to-infant bonding failure. For “hitting the baby,” the optimal cutoff score was 1/2 based on minimum distance to the upper-left corner. The results indicated that it is necessary to provide support for mothers based on subscale scores of the MIBS-J even when the overall MIBS-J score is not high; this may help combat and/or prevent the worsening of infant maltreatment.

The Japan Environment and Children’s Study was funded by the Ministry of the Environment, the Government offices of Japan. The findings and conclusions of this article are solely the responsibility of the authors and do not represent the official views of the aforementioned government. This adjunct study was supported by JSPS KAKENHI (C) Grant no. 24592457, the Mental Health Okamoto Memorial Foundation, and Fukushima Research Fund for Doctors in Specific Departments Grant no. R1-1.

The authors are grateful to all the study participants; the research coordinators, Ms Miwa Kimura, Ms Atsuko Keino, Ms Rieko Tomizawa, and Mr Jun Memesawa; and the members of the JECS Miyagi Regional Centre for their expertise and guidance.

The Ministry of the Environment’s Institutional Review Board on Epidemiological Studies (Reference no. 100910001).

Written informed consent was obtained from all participants.