The Esophagus on Sight: Ultrasonography in Achalasia

A 59-year-old man presented to the hospital because of dysphagia, nausea, and vomiting for a month. On transabdominal ultrasonography, regular hypoechoic wall thickening, massive dilatation, and narrowing of the distal segment of the esophagus were observed (Figure A). On neck ultrasonography, dilated esophagus was revealed (Figure B). A diagnosis of achalasia was established based on barium esophagography findings (Figure C). The patient underwent peroral endoscopic myotomy.

Achalasia is an esophageal motility disorder due to intramuscular neural plexus degeneration. Ultrasonography is a noninvasive method to detect esophageal dilatation(1). It may be particularly effective in patients with dysphagia to differentiate achalasia from other disorders such as malignancies in which irregular wall thickening is noted(2). Exposure to ionizing radiation can be avoided with ultrasonography, as against barium esophagography. In addition, ultrasonography is a less expensive and more direct maneuvering method. In cases involving dysphagia, ultrasonography should be considered as a valuable screening test. 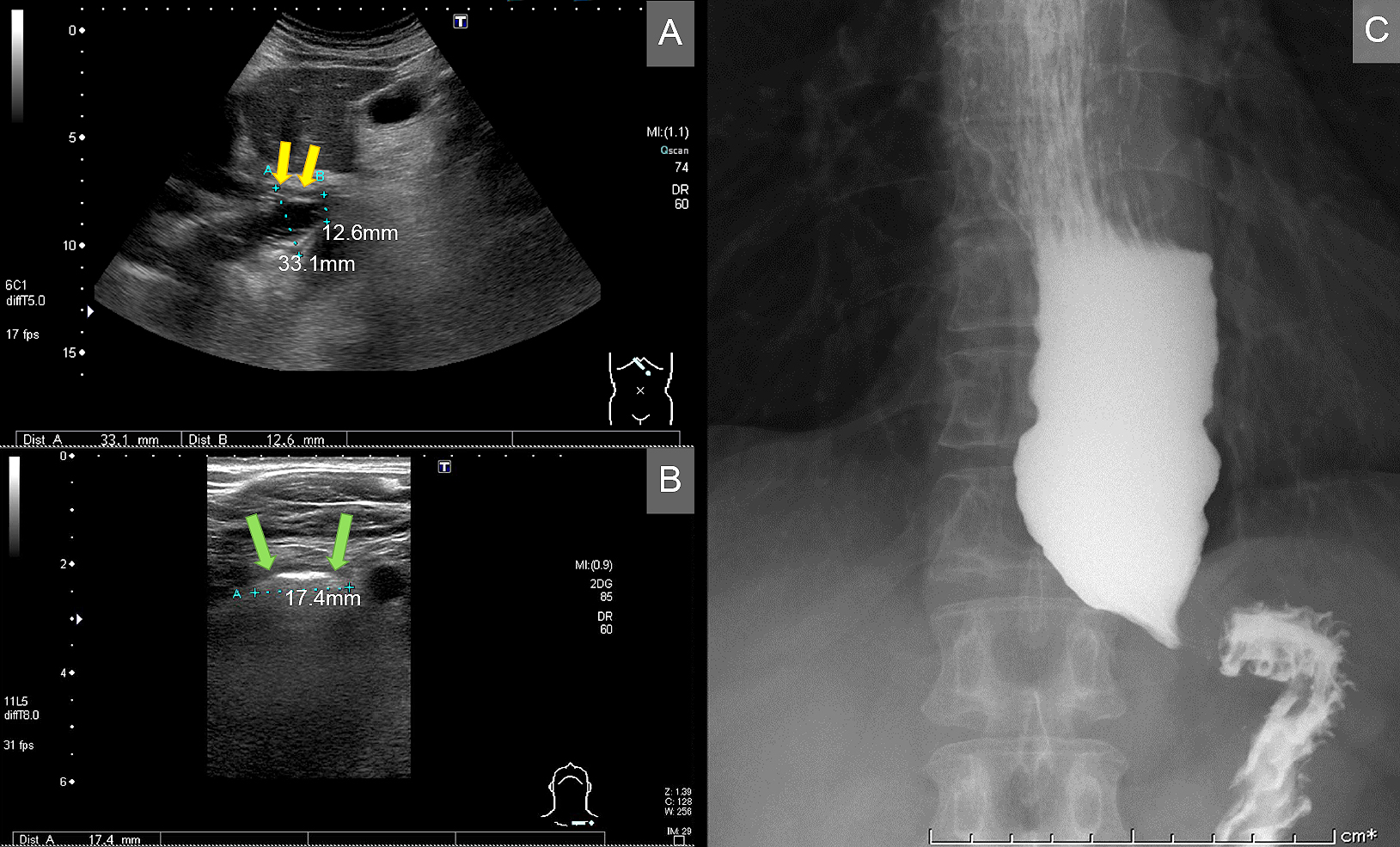 Informed consent was obtained from the patient.